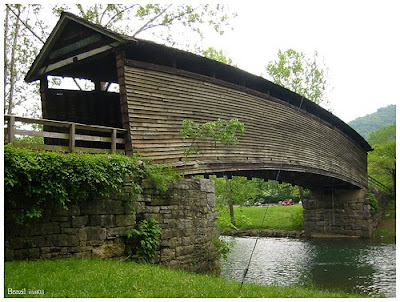 Venerable Humpback Bridge lays claim to being the oldest of Virginia's eight remaining covered bridges. Located in Alleghany County, just west of Covington, it was built in 1857. The road that passes through the bridge was part of the James River and Kanawha Turnpike. Humpback Bridge stretches over Dunlap Creek, a tributary of the Jackson River that joins the Cowpasture River near Iron Gate to form the great James River.

The 100-foot-long, single-span bridge cture is four feet higher at its center than it is at either end, thus the name, "Humpback". Traffic across the bridge ceased in 1929 when a "modern" steel truss bridge was built, bypassing the wooden structure. The covered bridge stood derelict (and was even used by a nearby farmer to store hay) until 1954. That year, thanks to the fund-raising efforts of the Business and Professional Women's Club of Covington and the Covington Chamber of Commerce, it was restored and preserved as part of Alleghany County's history.

It can be reached from I-64 by taking exit 10 to Route 60 and traveling one-half mile east, or by taking Route 60 west from Covington. 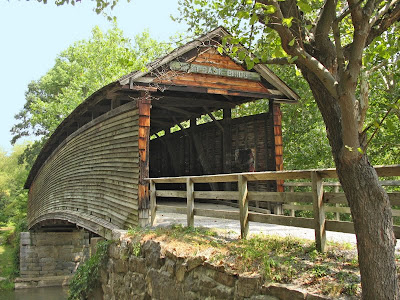 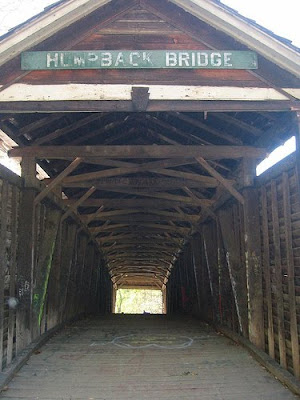