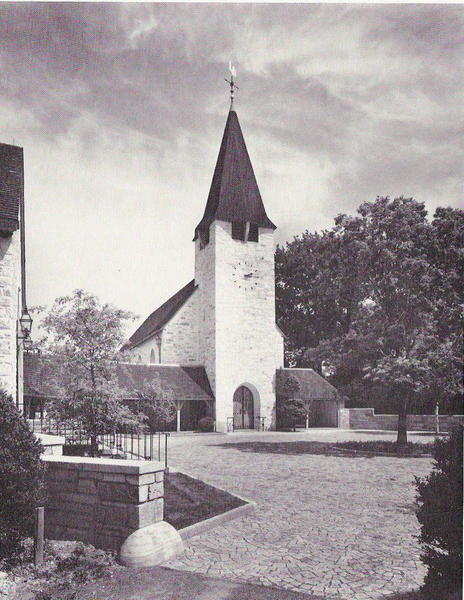 Upperville’s Trinity Episcopal Church (membership 350), boasts a stunning cluster of architecturally distinctive structures on a 35-acre campus adjacent to Route 50 in the heart of Virginia Hunt Country (Fauquier County), forty miles west of Washington, DC. The church itself (the third on the site), the Parish Hall, and the church offices were the gift of philanthropists and local residents Mr. and Mrs. Paul Mellon to the parish. These three buildings, clustered around a cobblestone courtyard, were begun in 1951, and the first services in the new structure were held on September 28, 1960. The architect was H. Page Cross, whose design is a free adaptation of the style of 12th-century French churches. 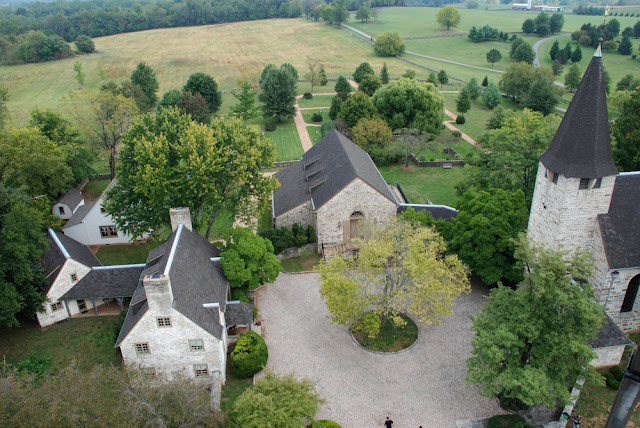 The fabric of the church is native sandstone (quarried in nearby Warrenton), although less brittle limestone was used for more intricately carved elements. The master builder was W. J. Hanback of Warrenton, a noted stone contractor. All the stone and woodwork, except the most complex carving, was done by local craftspeople, who made their own stone-cutting tools at a forge on the property, in the tradition of medieval craftsmen. Each stone was cut by hand, instead of using modern machine cutting.

Photo:
Handsome stonework frames
the entrance to the Parish Hall. 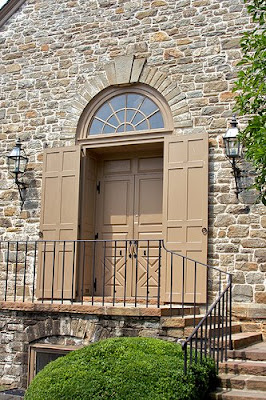 The bells in the tower, which were made in England, are dedicated to these craftsmen; inscribed on the largest bell:

“Dedicated to the men of this countryside, who by their skill of hands built this church.”

The stained glass windows were made by Joep Nicolas of the Netherlands, and the pipe organ is a Boston Aeolian-Skinner (designed by legendary Joseph Whiteford) with three manuals and 55 ranks of pipes. Ornamental ironwork is from P.A. Fiebiger, father and son, of New York City (execution of hand forged iron railings, gates, grilles, fanlights, chandeliers, lecterns, hardware). 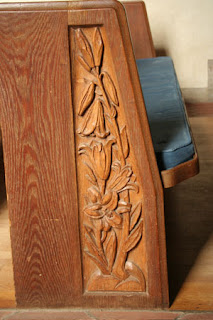 The oak pew end carvings are the work of the late master Heinz Warneke and depict plants native to the countryside.

There are candelabra from 16th-century Austria and 18th-century France, and other candlesticks from Poland, England, Spain and Colonial Virginia. 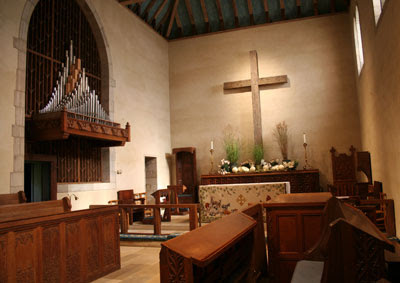 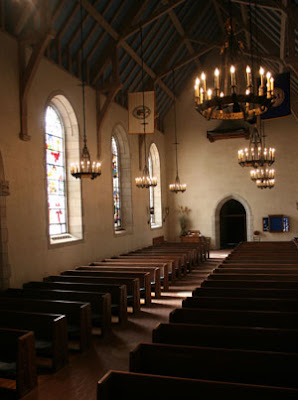 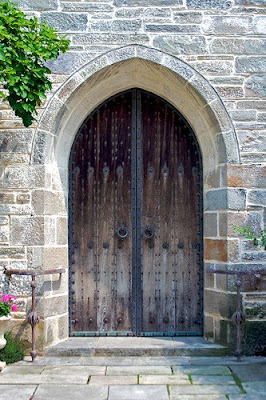 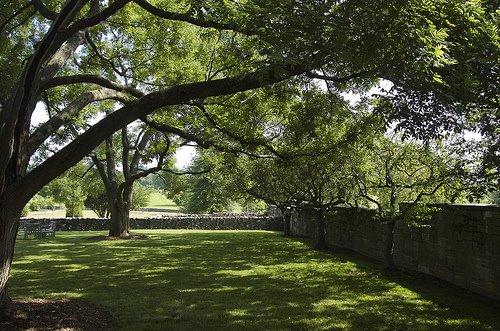 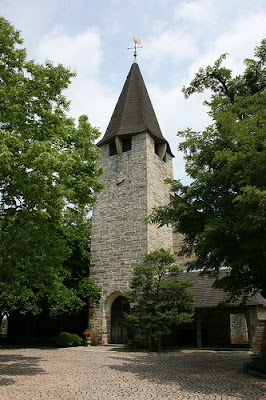 In the 19th century horses and wagons created heavy traffic on what is today’s Rt. 50 (John Mosby Highway), traveling back and forth through Upperville on the way between Winchester and Middleburg, making maintenance of the road a real chore. The law required that adult male citizens who lived within three miles of the road contribute six days a year to road repair work (the law was in effect until 1894). Since each county in Virginia was responsible for the upkeep of its own roads, Loudoun County said the road was in Fauquier County and vice-versa.

A minuscule stone lending library sits on the campus of Trinity Episcopal Church. 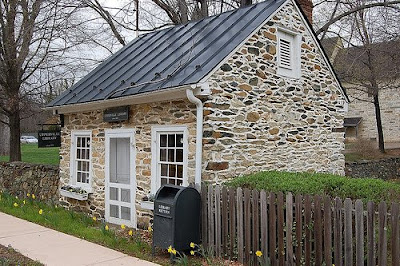 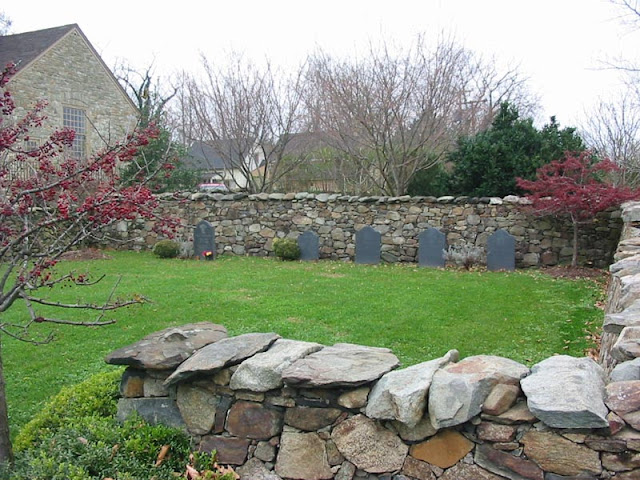 In the cemetery behind the church several notable people are buried:

Industrialist and financier Andrew Mellon (1855-1937) was Secretary of the Treasury (1921-1932), serving under Presidents Harding, Coolidge, and Hoover. In 1937, he gave to the nation his magnificent art collection, plus $10 million, to build the National Gallery of Art in Washington, D.C. Upon leaving the Treasury Department and President Hoover's Cabinet in February 1932, Mellon accepted the post of U.S. Ambassador to Great Britain.

Paul Mellon (1907-1999), philanthropist, art collector, and noted horse breeder, was the son of Andrew Mellon. He established the Yale Center for British Art and the Cape Hatteras National Seashore. His horses won three Triple Crown races and one Kentucky Derby (Sea Hero in 1992) and two Belmont Stakes (Quadrangle in 1964 and Arts and Letters in 1969). He donated land and funds to construct the Middleburg Agricultural Research and Extension Center, the Middleburg Training Track, the National Sporting Library, Trinity Episcopal Church, and donated 1,618 acres to the state of Virginia to establish Sky Meadows State Park, rescuing the land from developers. The park has one of the most beautiful views in Virginia. He bequeathed his rare collection of books and manuscripts to be divided between Yale University, the Virginia Historical Society, and the University of Virginia so they would be accessible to the general public.

Elizabeth Cronin (1940-2004) was a Department of State employee in Tehran, Iran, when the U.S. Embassy was seized by Islamic militants in 1979. She and 51 others were held hostage for 444 days until their release in early 1981, during the exact hour that Ronald Reagan was delivering his inauguration speech. Tragically, Elizabeth Cronin was killed in a horseback riding accident.
Posted by Terry at 7:42 PM 1 comment: